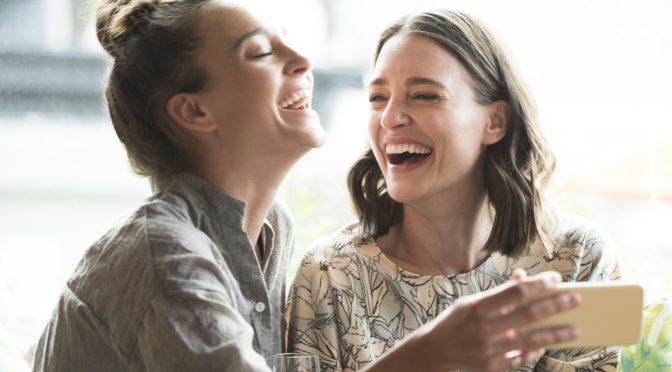 We all want to appear fun, approachable, and out-going whenever we’re online dating. The best way to do that would be to use humor. To attract matches, you need to show a side of you that doesn’t take things too seriously.

How To Use Humor Correctly To Attract Matches Online

In a 2011 study, it was revealed that women like men with a good sense of humor because it was indicative of their intelligence. But, before you go off cracking jokes, there are a few DOs and DONT’s you need to remember:

Do Use Acronyms And Interjections

When you chat with your online date, use acronyms like LOL which means “laughing out loud” and ROFL which means “rolling on the floor laughing”. In addition, the common interjection of “haha” gets better responses than “hehe”. Using acronyms and interjections will get you more responses.

Do Use The Word “Hilarious”

For some reason, online daters find the word “hilarious” a good sign. A survey revealed that messages with this word get about 87% more messages. It could be considered as a compliment to most.

Knock, knock. Who’s there? No one, apparently. If you want to attract matches online, stay away from knock-knock jokes. They may be classics, but they’re not very effective in today’s dating scene.

If you’re delivering a joke, make sure that you don’t say “joke” in any of your sentences. Your sense of humor has to be organic. When you say to someone, flat out, that you are going to tell a joke, it ruins the moment.

If you believe that you don’t have a sense of humor, you have to stop thinking that. Everyone has a fun side to them. You just have to find what works for you and what doesn’t.

The tips we have here are merely basic ones. There are other ways for you to show off your fun side. Sarcasm is one, but you need to save this when you have practiced a little bit. For more tips on how to attract matches online, read more articles on our blog.