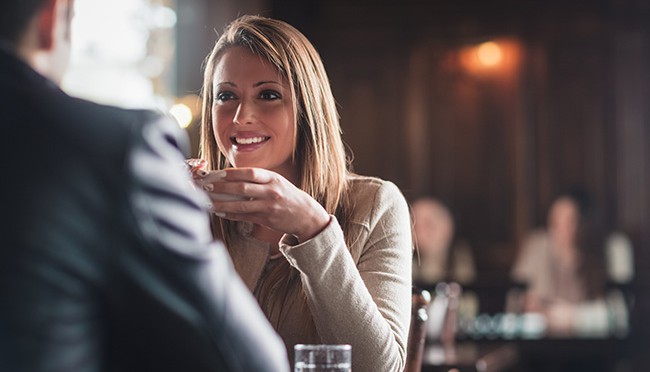 There’s always the important question of what to say when speaking with a match for the first time online. Many men and women often begin by asking a match a few facts about their life: where are you from? What do you do? Then, a match may respond by sharing facts about themselves: where they live, what they do for fun, their occupation.

Deep down, men and women are looking to find some commonality and think that the facts of their lifestyle are attractive. There’s one major flaw with this: often a match is more likely to be attracted to the emotions you make them feel, rather than the facts about you. This usually applies whether you’re talking to a match from Serbia, Moldova, Ukraine or any other part of the world.

To many, fact-based conversation can be boring. They’ve had it a hundred times with a hundred other matches. You, though, are going to be different.

Always start a conversation with banter — make it fun. Consider the difference between these two online chat conversations:

Guy: How are you?

Girl: Fine. How are you?

Guy: Good. I see you are from Bucharest. What’s it like in Bucharest?

Girl: It’s okay. Kind of boring but nightlife is okay.

That conversation has not stirred a single emotion. It’s not the best way to stand out — and it’s not much fun. Consider this conversation:

Guy: [notices profile photo of girl holding lobster] I can’t believe you dated the lobster in that photo. He’s so much shorter than you.

Girl: Haha. It was a brief relationship.

Guy: I don’t want to suffer the same fate as he did. I can tell you’re a daring woman.

Girl: You better watch out.

The second conversation includes humor and is more interesting, relaxed, and not concerned about being too serious. Facts are not the main aim.

It’s important to try out different approaches and ways to make conversation fun – for both of you. You’ll be more likely to get the conversation started on the right foot so that your match is interested enough to explore the facts and meaningful conversation later.