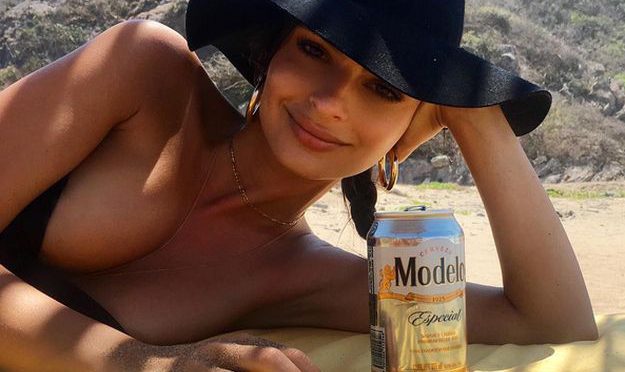 Emily Ratajkowski, who’s of Polish descendant, is one of those women who turn heads when they walk down the street and just can’t go unnoticed when they enter the room, that’s why she’s been called the hottest model around.

She made a bang in 2013, with her saucy appearance in Robert Thicke’s “Blurred Lines” video and became a household name after her equally sexy role in the “Gone Girl” thriller one year later, alongside Ben Affleck. From then on, it’s onwards and upwards for the 25-year-old model and actress, but we bet there are things you still don’t know about her.

You can’t judge a book by its cover and you shouldn’t judge a lady just by her looks. Emily may be smoking hot, but there’s more about her that makes her irresistible. Here’s a taste.

She was signed by Ford Models at just 14. While for most of us early adolescence is an awkward mess, Emily Ratajkowski was so pretty she was scouted as young as 14 years old. The modeling agency Ford Models signed her and she started out as a catalog model at once. Since then, she’s modeled for the biggest fashion houses, like Marc Jacobs and Miu Miu, and featured in the biggest fashion magazines in the world, like Marie Claire and Vogue.

She doesn’t like playing the pretty girl roles. Emily hates being typecasted, so she aims to play more diverse roles that are not based on her looks, but her acting talents. This has led to her being rejected for specific roles, one of which being the lead in Ewan McGregor’s 2016 film “American Pastoral”. 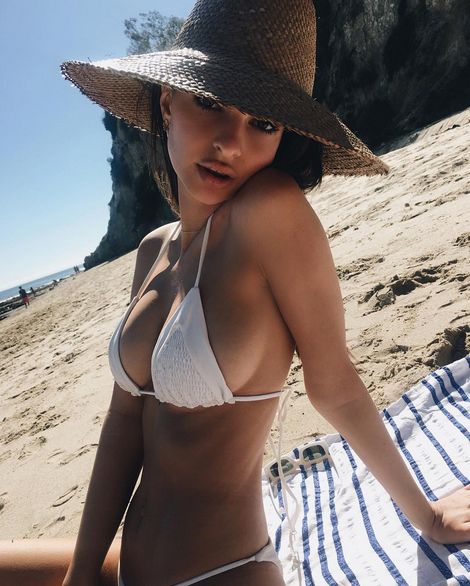 She originally rejected the offer to play in the “Blurred Lines” video. Despite the fact it is what catapulted her to fame, Emily was at first skeptical about taking part in Robert Thicke’s daring music video. Apparently, it was a meeting with the director himself that convinced her to finally say that significant “yes”.

Her parents wanted her to become a neurosurgeon. With both of her parents being in academia, the entertainment industry would have lost Emily to science had her parents’ wish for her to become a brain surgeon come true. The beautiful girl attended the University of California, Los Angeles for one year in 2009, but found that the way art was taught there was not in agreement with her views and decided to pursue her modeling career instead.

If you didn’t know these facts about the hottest model right now, you are welcome. We sure hope to see a lot more of the ravishing brunette in future, both in fashion and cinema.

Did you enjoy reading this article? Find more fun and interesting articles here. For the chance to meet amazing Eastern European ladies, visit AnastasiaDate today. You can also follow us on Instagram.