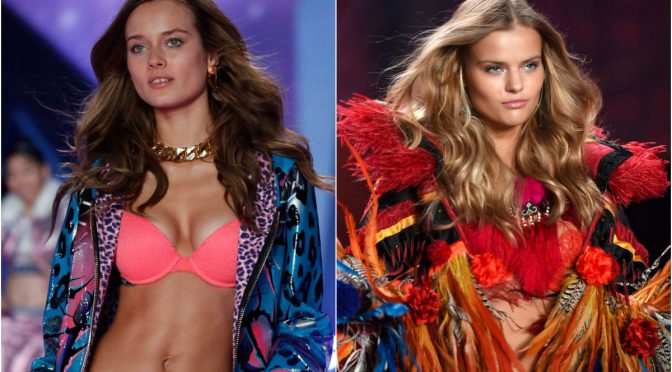 Everyone has anticipated this year’s Victoria’s Secret Angels walking down the runway in Paris. Yes, that’s right. This year’s fashion show was filmed in the City of Love. It aired on December 5, 2016. and from this behind the scenes backstage video, it seems like the show is bigger and better than ever.

Get To Know These Eastern European Victoria’s Secret Angels

Before you watch the videos of the actual show, let’s meet two Eastern European Angels who will be showing up on our TV or phone screens, donning nothing but wings and sexy lingerie.

Kate Grigorieva is a beautiful model from Saint-Petersburg, Russia. She’s 5’11” and is a vision of beauty with her green eyes and dark blonde hair. You cannot miss her when she walks down the runway since her features are stunning.

She has walked for several brands like Oscar De La Renta, Tory Burch and Ralph Lauren to name a few. She’s also popular with Eastern European big brands like Givenchy, McQueen, Balmain and more.  She shows off a fun side of her on her Victoria’s Secret Angels profile saying that she cannot live without phone calls to her parents, her dog, her glasses, her chapstick, and perfume. Her most favorite place in the world is Spain, and, guess what, she’s a briefs kind of girl.

Jac Jagaciak’s hometown is Puszczykowo, Poland. Her full name is Monika “Jac” Jagaciak and she’s roughly the same height as Grigorieva. She also has green eyes and light brown hair.

Her big break came back in 2007 after going to a casting back in her hometown. Some of her first high profile gigs were with Hermes on their fall/winter campaign. She also walked for Valentino and Alexander Wang, to name a few.

Her most favorite place in the world is her home but she wishes she could visit Africa. She cannot live without love, family, her phone, and wifi. Who can live without wifi in this day and age? Jac is a boxers kind of girl, FYI.

Out of the two Victoria’s Secret Angels, who do you think is more gorgeous? Don’t forget to keep an eye out for both as you watch videos of the 2016 Victoria’s Secret Fashion Show. Do visit Anastasia Date to access profiles of stunning Eastern European women.