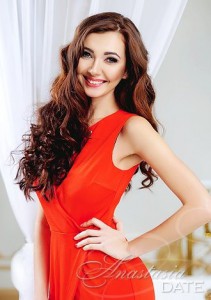 Welcome back, and get ready to meet the gorgeous Nataliya! Nataliya is a 22-year old Aries with gray eyes and long brown hair. While she’s never been married or had children, she’s here to make her dream of a lasting, loving relationship a reality.

Nataliya works as a cosmetologist, and lives in Ukraine’s capital city of Kiev. She describes herself as “very cheerful and easygoing,” and considers herself “curious and enthusiastic, always ready to try something new.” Nataliya further prides herself on being both reliable and courageous—just the type of person you want to be with when life inevitably gets challenging.

For all you sports fans out there, Nataliya might just be the perfect girl—she loves sports, especially football. If you were looking for someone to watch the Super Bowl with, look no further.

When it comes to relationships, Natalia says she is “very loving and gentle,” and that she enjoys spending romantic evenings with her man. What type of man is she looking for? Someone kind and loving that isn’t afraid to be himself, according to Natalia. Sound like you? Good. We’ve taken the liberty of giving you an icebreaker to start the convo:

Nataliya’s favorite flick just happens to be The Godfather, a 1972 classic directed by Francis Ford Coppola and based on the novel by Mario Puzo. 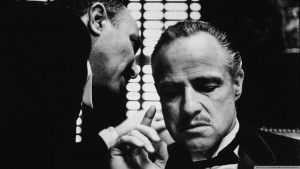 Here’s some trivia to lead your conversation with Nataliya: