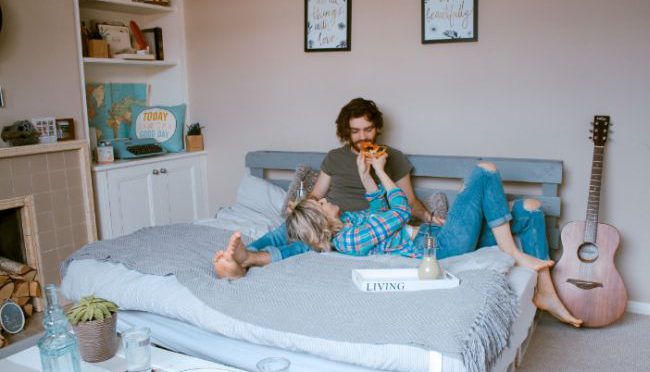 For those wishing to reap all the benefits of getting it on with a regular partner they fancy without having to deal with any of the “obligations” a regular romantic relationship involves or feeling any *gasp* feelings, the friends with benefits set-up sounds like the ideal situation to be in. However, a new survey found that such a no-strings-attached set-up only exists on paper.

The Truth About Being Friends With Benefits

The survey, conducted on a sample of 1,000 European and American men and women by online medical source DrEd, has brought to light a wealth of information regarding a situation that is less ideal than it sounds.

What might cause some surprise is that Europeans seem to have a different approach to how convenient a friends with benefits set-up is, with 66% of them actually claiming they are not more convenient than regular relationships, and 58% of Americans saying that they are.

Is It Just About Sex?

Even more surprisingly, it seems quite clear that the arrangement isn’t just about sex. With a mere 15% of men, and an even smaller 6% of women claiming their friends with benefits set-up is strictly sexual, many men and women reported that they cuddle, talk about their friends, family and work, and text with their FWB in addition to discussing sexual preferences and experimenting in the bedroom. 40% of them also do dinner from time to time and a quarter of the men and 39% of women questioned also said they go out on dates with their FWB. Do these things remind you of a regular, romantic relationship?

As it turns out, with half (51% of women and 48% of men) of those involved in friends with benefits situations feeling ready to date their FWB, it can hardly be claimed that a relationship of this kind is as clear and conveniently un-emotional as some might think it is. And there’s nothing wrong with that.

If you found our article of interest, continue for more dating news here. For the chance to meet mind-blowingly gorgeous Eastern European ladies, visit AnastasiaDate today. For more about us, watch this short video.