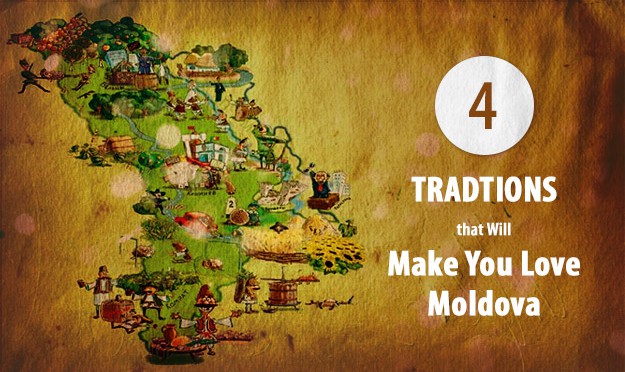 Are you interested in the members from Moldova and their interesting traditions? Located between Ukraine and Romania, the beautiful little country of Moldova is an intriguing place with a rich and eventful history that stretches back thousands of years. The country only has a population of around 3.5 million but there are many customs based on birth, marriage and seasonal influences.

Here are the 4 traditions that you should read about first:

Easter (Orthodox) – Based on the Julian calendar, this is arguably Moldova’s most essential festival for families to enjoy a get together. The celebrations focus on religion and spiritual wellbeing. It marks the end of lent so Moldovans eat plenty of food such as delicious meat, cakes, and Pasca – a tasty Easter bread.
Martisor – Named after the old term for March, this is when Moldova celebrates the start of springtime after a long winter. Martisor is a kind of blessing for health, new life and rekindled energy that always comes in spring. The main custom involves the exchange of a sacred charm – a decorative thread called Martisor that represents friendship. After being worn throughout March it gets tied to a tree in April.
Plugusorul – Winter carols are a time for socializing in the town. Plugusorul means plow wishing or little plow and it’s a New Year ritual that represents the hope for good crops. Carol singers tour through town singing the special carol Plugusor. They also carry tools including an ornamental plow.
Nunta Moldoveneasca – If you ever get the chance to attend a Moldovan wedding then you’ll know it’s an amazing party. The marriage of a couple means an unforgettable experience! Hundreds of guests often join the celebrations to dance, drink and have fun. The party is often centered on the family’s living room, known as the Casa Mare. The main theme of the day follows the famous Moldovan saying “Those who have not built a house, raised a son, dug a well, and planted a tree, have lived in vain.”

Chat to Moldovan members now to learn more about their country…